Twenty merit scholarships will be awarded for $250 each.

A head coach who attended Tulsa Attack, February Fiesta, Spring Smackdown, or Volley Palooza may nominate one player from his or her team that attended one of these tournaments.  If more than one tournament was attended, only one nomination form may be submitted for each team.

The awarded scholarship will be paid to each player to use to enhance his or her volleyball experience.  Awards will cover next season’s club dues, summer camps, or beach programs and will be paid to the player directly.

Scholarships will be awarded to players exemplifying sportsmanship, teamwork, positive attitude, maximum effort, and a strong desire to be coached.  We wish to award this scholarship to the player every coach would want on his or her team.

Scholarships will be awarded by a committee reviewing applications.

Please fill out the form below.  Applications will be accepted until May 31, 2022.

A copy of the nomination form, whether a scholarship is awarded or not, will go to each player.  It will be an honor to be nominated, and it will be special for the player to know a coach submitted a nomination. 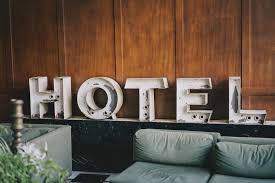 We work to block hotels providing a lower rate than the standard published rates.

Thanks to Our Partners

Each team's results must be entered into AES for seeding by the listed deadline.